Getting sick can be hazardous to your job

Elizabeth Schulte reports on the corporate attack on what should be a basic right.

CORPORATE AMERICA is giving workers a cruel choice: your job or your health.

Currently, four out of 10 private-sector workers don't have a singe day of paid sick leave on the job. And if Corporate America gets its way, that number will only increase, according to a recent report by the Economic Policy Institute (EPI)

In 10 states so far, legislators are pushing through bans on city or county governments providing paid sick leave for workers. The bans, passed in Arizona, Florida, Georgia, Indiana, Kansas, Louisiana, Mississippi, North Carolina, Tennessee and Wisconsin, are designed to act preemptively, blocking sick leave legislation from even coming to a vote.

There are 40 million private-sector workers without paid sick days. The consequence, of course, is that many have to go to work sick rather than lose a day's pay. According to the EPI, "A two-child family with two workers earning the average wage for workers without paid sick time would lose the family's entire health care budget after just three days of missed work." 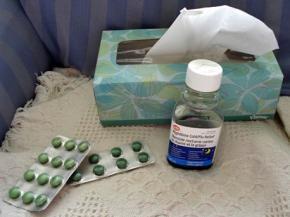 Many workers can't afford to take off even one day of work--not only because they need the day's pay, but because taking just one day off could cost them their job.

A majority of workers who don't have sick days are employed in low-wage jobs, and are typically more vulnerable to layoffs. And the lack of laws guaranteeing workers paid sick days further feeds employer's confidence to threaten workers with job loss.

"Because of the limited extent of paid-sick-days coverage and the limited number of paid sick days available even when some coverage exists, workers are often penalized by employers when time off is needed to deal with personal or family illnesses," a 2010 Public Welfare Foundation study, Paid Sick Days: Attitudes and Experiences, points out.

Some 12 percent of workers surveyed said that they or a family member have been fired, suspended or otherwise punished for taking time off for an illness, 16 percent said they'd lost a job, and 14 percent indicated that they were told that they would lose their job if they took time off for a personal or family illness.

THE RECENT wave of legislative bans on sick leave is largely the brainchild of the American Legislative Exchange Council (ALEC), the conservative bosses' group that backed measures like discriminatory Voter ID and "Stand Your Ground" laws, and a raft of legislation aimed at busting unions and scrapping workers' rights on the job. The bans were passed with the backing of corporate lobbies like the Chamber of Commerce, the National Federation of Independent Business and the National Restaurant Association.

In Milwaukee, voters overwhelming approved a paid sick leave referendum in 2008--only to have it blocked from going into effect by a lawsuit filed by the Metropolitan Milwaukee Association of Commerce (MMAC).

The measure, which would have required Milwaukee businesses with more than 10 employees to provide nine days of paid sick leave--and at least five days for businesses with fewer workers--passed with some 69 percent of voters in favor. It withstood the MMAC's legal challenge and was upheld in appeals court--only to be shot down again when Gov. Scott Walker signed a state ban on sick leave in 2011.

Scott Walker, you remember him, right? The governor whose proposal to destroy collective bargaining for Wisconsin public employees inspired an occupation of the state Capitol.

In June, Florida Gov. Rick Scott approved a bill that banned mandated paid sick leave. The legislation scuttled a paid sick leave referendum for Orange County, which includes Orlando--the measure looked like it might pass after activists collected some 50,000 signatures on petitions in favor of the initiative.

But the idea of mandatory paid sick days was obviously too much for Central Florida's biggest employer, Walt Disney Co.--which backed the legislation, alongside other Florida companies like Darden Restaurants (which owns Olive Garden and Red Lobster) and the Florida Chamber of Commerce.

A pretty cruel measure from the people who run the "Happiest Place on Earth."

This month in Pennsylvania, state Rep. Seth Grove is introducing legislation to enact a preemptive ban on mandated sick leave in the state. This came after the Philadelphia City Council came close to enacting a popular sick leave law.

The sick leave ban is just one of several pieces of ALEC-modeled legislation that Grove--an unabashed supporter and member of the group--has tried to push through, including voter ID laws and the "Open Workforce Initiative," a package of bills aimed at weakening unions.

THE WAR on paid sick leave is the latest appalling example of the lengths that businesses and the politicians who serve them will go to squeeze more profit out of workers. It's part of an ongoing assault on workers' rights and quality of life--and it's throwing into question fundamental rights on the job that workers should be able to take for granted.

The ultimate irony is when sick days are denied to workers who take care of the sick--in hospitals and other health care facilities. As one nurse working in a neonatal unit at a non-unionized Chicago hospital explained:

Our unit is a level three, which means we can take care of very sick, small babies who need to have a ventilator to breath for them because they can't do it themselves. Needless to say, these babies are very weak and fragile, and their immune systems are very immature. An infection that would be a common cold for us can send them reeling and in some cases be fatal. So on our unit, infection control is a high priority.

You would think that when a nurse is sick with a virus, she or he would stay home. But that isn't always the case.

Here's the dilemma. There are no specific "sick" days for us. All vacation hours are bundled together in a "paid time off" package. So if nurses call out, they are essentially using their vacation days to do it.

Our unit is also severely understaffed, so management doesn't want anyone calling out. Recently, one nurse on my unit was sick for weeks with a terrible cough. Management looked the other way when she brought her cough to work. She had no more accrued hours and couldn't afford not to come to work. So she kept coming to work, taking care of babies that weighed less than a pound and had breathing tubes in their lungs.

There's just nothing right about that situation.

Despite what employers impose on them, U.S. workers overwhelmingly view paid sick days as a basic labor standard. According to the Paid Sick Days: Attitudes and Experiences study, 75 percent of respondents believed that employers should be required by law to provide paid sick days to workers; 86 percent endorsed a plan that would require a minimum of seven paid sick days per year; and 70 percent back a plan requiring a minimum of nine days. Roughly similar percentages favor plans to provide part-time workers sick days proportional to their hours.

There has been wide support for local initiatives to pass paid sick day legislation, and recent organizing around justice for low-wage workers has put a face on the daily injustices faced by many workers every day.

At Sutter Health in California, nurses went on strike nine times over the last two years to prevent management from taking away their paid sick days--and pushed back one of the country's most profitable health care chains. "Taking health care away from health care workers is a little ludicrous," California Nurses Association Executive Director RoseAnn DeMoro told Salon, "and that's what the employer was trying to do."