Check the age of that refugee kid

Our political leaders say refugee children are welcome in Britain, but only after their teeth have been checked first, writes Independent columnist Mark Steel.

WHEN YOU see the rage and fury from politicians and newspapers about whether the child refugees we're allowing in are actually children, it makes you proud we're a Christian nation. Because we all remember the sermon of Jesus in which he said: "Let the suffering children come, for the Kingdom of Heaven belongs to such as these--but not that bastard, he's 19 if he's a day. Look at his stubble, he can piss off and get crucified by the Romans, the sodding liar."

When we agreed to let children in, these weren't the ones we ordered. We were expecting a cute 4-year-old with a leg missing and a broken teddy. What's the point in saving someone's life if they turn out to be 23 and wearing a hood? Even the children we've accepted in the past have swindled us, because they might have looked like little cherubs at the time, but they've gone on to become 25, 31 or, in some cases, 36 years of age. How much longer are we going to be taken for mugs like this?

This is why many commentators have made statements such as: "I'm as compassionate as anyone, and would happily dedicate my whole life to helping genuine refugees. But if some Afghan whose village has been shelled by warlords and had to live in a cave eating lizards carries his own mother across Hungary and then tries to come over here saying he's 17 when he's clearly 19, I'd be the first to strap him to a pedalo with masking tape and drop the ungrateful cockroach in the North Sea during a force nine gale." 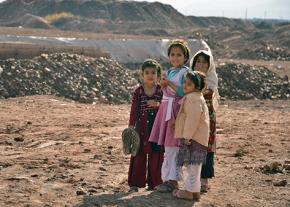 To make things worse, lots of these "children" aren't real refugees, they're just trying to sponge off our services. They crawl away from Islamist gangs in Somalia, disguise themselves as chickens so they can be transported in a crate to Calais, then crawl inside a car bonnet under the carburetor and get into Britain because they know our fire service will rescue cats from a tree for nothing.

One complaint in some newspapers has been that "many of the refugees don't have identification papers." That's enough to make anyone suspicious. Surely, before setting off on a long journey on a rickety boat to flee from a gas attack, it makes sense to pop down to TK Maxx to get a waterproof jacket with plenty of pockets to keep your driving license, library card and three recent electricity bills safe and dry. That's the first rule if you're heading off for a weekend break in the Lake District, so there's no excuse if you're taking a journey across the Mediterranean in a wardrobe.

ANOTHER COMPLAINT has been from columnists who ask: "Why are there no pictures of actual children?" One possible explanation offered by photographers is they did take pictures of young children but press regulation means they cannot be used. One of them said: "We'd probably have to pixelate them." Then The Sun could put a pixelated picture on the front page with a headline, "Why are we letting in this so-called refugee, when he rejects our culture by having a face that's a collection of blurry squares?"

The suggestion from many politicians is to give refugees a dental test to check their age. Because when you've spent 18 months under a patch of tarpaulin stretched across a tree with raw sewage running nearby and the French police puffing tear gas at you twice a day, no gesture is more welcoming than a doctor examining the remains of your teeth in an age test; it's the equivalent of a hotel leaving a chocolate on the bed.

It's hard to see why anyone would object to this, as tests for age have been carried out before. In 1381, the original Poll Tax had to be paid by everyone aged over 13. So villagers would insist a child was only 12, then tax inspectors would take off a boy's or girl's trousers and if they had any pubic hair, they would be judged to be 13 and eligible for the tax.

If checks like that were good enough for the 14th century peasantry, why can't we do something like that now? Any refugee with three strands of pubic hair would be sent back as too old. What could be more humane? But we're too politically correct these days to go back to the upstanding values of 1381.

This is why we have the appalling spectacle of some people showing compassion. Lily Allen let the country down by crying when she visited the Calais Jungle, just because she saw children wandering in hopeless filth and squalor. What sort of example is that to set for her young followers? And Gary Lineker said he was dismayed by the level of contempt some people showed toward refugees, to which many people quite reasonably replied: "What right has a striker and football presenter got to show a modicum of decency and warmth toward other human beings? How DARE he give a shit about anyone?"

It's time we all learned to act properly toward anyone in need. If we see someone having a heart attack, it's very important to act quickly and check they're not feigning it as a ruse to get free biscuits at the cardiac unit. If an elderly person falls down the stairs, search their house for any clues they might be trying to swindle an insurance claim.

Because when you look back at history, at the Huguenots fleeing France or the Jews escaping Germany, the people remembered with pride are those that had the courage to say: "Some of them are over 18--send them back, the bastards."

First published at the Independent.