Nicole Colson looks at how the mainstream media aligns itself with power and empire.

EVERY WEEK brings new revelations about the scope of the U.S. government's ability to spy on ordinary citizens.

Thanks to the disclosures of former National Security Agency (NSA) contract employee Edward Snowden, we know that the U.S. government, in conjunction with telecommunications and Internet companies, has been collecting data on every phone call, and many of the Internet communications, we send and receive every day. We know that the NSA spied on foreign governments and the United Nations, spied on journalists like those at Al Jazeera and even spied on a Brazilian oil company.

We know that the NSA had slideshows mocking "smartphone" owners as "zombies" because of how easy it is to collect data from those phones. And we know that the NSA has the ability to crack almost any commercial encryption that people might use to protect their e-mail or other electronic communications.

Most people on the left have been horrified by these revelations and the government's massive erosion of civil liberties and intrusion into our private lives. 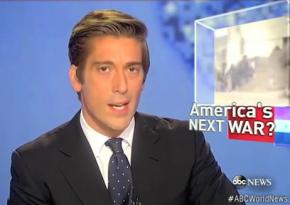 MOTHER JONES magazine's political blogger Kevin Drum was horrified as well--but for a different reason. According to Drum:

But now that's all changed. Now every bad guy in the world knows for a fact that commercial crypto won't help them, and the ones with even modest smarts will switch to strong crypto techniques that remain unbreakable. It's still a pain in the ass, but it's not that big a pain in the ass.

For what it's worth, this is about the point where I get off the Snowden train. It's true that some of these disclosures are of clear public interest. In particular, I'm thinking about the details of NSA efforts to infiltrate and corrupt the standards-setting groups that produce commercial crypto schemes. But the rest of it is a lot more dubious.

In other words, according to Drum, there are some things the American people don't have a right to know. (For what it's worth, this is the point where I would get off the Drum train...if I had ever been on it.)

What Drum fails to note, of course, is that there is zero independent oversight of the NSA and its spying activities. How do we know, for example, that the government is only using such actions to monitor the "bad guys," as Drum seems to suggest? More importantly, what do we know about the basis on which the government determines who the "bad guys" are and aren't?

We don't--because the mainstream political discussion in the U.S. has been so constrained since 9/11 that basic questions about how far the government can intrude on our basic right to privacy rarely get asked in the mainstream media.

It's in his final paragraph, however, where Drum's logic becomes clear. He writes:

It's not clear to me how disclosing NSA's decryption breakthroughs benefits the public debate much, unlike previous disclosures that have raised serious questions about the scope and legality of NSA's surveillance of U.S. persons. Conversely, it's really easy to see how disclosing them harms U.S. efforts to keep up our surveillance on genuine bad guys. Unlike previous rounds of disclosures, I'm a lot less certain that this one should have seen the light of day.

"Our surveillance." "Genuine bad guys." Such terms are baffling--because the Obama administration, like its predecessor, has repeatedly asserted the right to not disclose anything to the American public about its invasions of privacy. How is this our surveillance?

The only oversight that does exist has been left to the Foreign Intelligence Surveillance Act (FISA) court--which acts in private and whose rulings are sealed from the public. The FISA court has approved almost every eavesdropping request put before it. It is, as columnist Glenn Greenwald called it, a "mindless rubber-stamp."

So how do "we" know "our surveillance" is actually being used against "genuine bad guys"--and on what basis is such a determination even made? Drum has no answers.

ACTUALLY, DRUM is only a minor example of a much larger problem--the way that the media aligns itself, almost unconsciously, with government rationales for why this or that attack on our freedoms is necessary at any given moment.

It was evident in the way NBC's David Gregory, himself a personal pal to high-powered officials, questioned why Glenn Greenwald shouldn't be "be charged with a crime" for "aiding and abetting" Edward Snowden by publishing his revelations.

Similarly, former New York Times Executive Editor Bill Keller wrote in late July about how "we" should make use of Edward Snowden:

Suppose that instead of declaring its determination to pursue [Snowden] to the ends of the earth and lock him up for life, the Justice Department offered him a deal: come home, serve some time for violating your sworn obligations, and in exchange for a lighter sentence give us your full cooperation. Help us figure out how to better keep our legitimate secrets. Help us build better safeguards against abuses of privacy. Help us redraw the boundaries between government security agencies and the for-profit contractors to whom we have ceded too much.

What does Keller mean, "us?" Keller talks about the NSA scandal as though it were contractors, and not the government, that has been attacking our privacy and civil liberties. He also gives no thought to the phrase "legitimate secrets." According to the Obama administration, everything the NSA has been doing for years has been a "legitimate secret"--and Snowden is a criminal for exposing the agency's actions.

This "we/our" media syndrome--in which a press that is allegedly supposed to be adversarial toward the government sees itself instead as a mouthpiece for power--is by no means confined to discussions of national security and civil liberties.

Consider the push to bomb Syria. On CNN's Crossfire in August, commentators S.E. Cupp and Van Jones were in full agreement that "we" need to bomb Syria--and quickly.

"I think we need to stand behind this president and send a clear message to Assad that this type behavior is not acceptable," said the left-wing Jones, adding, "If you kill Assad right now, wonderful. You have a huge power vacuum. Who is going to fill it? Listen, people have a nostalgia for 1953 when the U.S. could just sort of thump out dictators like in Iran. This is not the world we live in. It is a tough neighborhood over there, and the idea that we should have a more bloodthirsty and reckless president, I reject."

It's unclear what "dictator" Jones was referring to since the U.S. supported a coup in 1953 against the democratically elected prime minister of Iran, reformer Mohammad Mosaddegh.

Or there was Bob Schieffer, host of CBS's Face the Nation, who on September 8 suggested that the U.S. should bomb Syria in order to avoid a loss of credibility for "us" if "we" don't follow through with Obama's military threats:

The president of the United States drew a line in the sand, a red line. At this point, that may be the only good reason left for Congress to give him the authority he now asked for to respond to Syria's use of chemical weapons.

When the president of the United States says something, the rest of the world, our friends and our enemies, pay attention. If we do not follow through, what impact will that have on North Korea or Iran the next time we warn them of dire consequences if they press on with their nuclear weapons programs? More important, how will it be viewed by our strong allies like Japan? We have treaties that promise we will retaliate if they are attacked by nuclear powers. Will they now question our resolve?

So because Obama "drew a line in the sand," that's good enough--no matter whether the reasons for going to war are justified, whether a majority of Americans oppose military action, or whether a bombing campaign will do more to harm those in Syria struggling for freedom against a dictator.

Schieffer's language is, again, telling. "Our friends and our enemies" pay attention to such things, he says. Unless Schieffer has made himself a personal enemy of the North Korean government, it's safe to say he's speaking--as members of the mainstream media seem to do easily and frequently--of the U.S. government. Such language isn't just a verbal tic--it represents the alignment, both conscious and unconscious, of the media's main figures with those in power.

As journalist Amy Goodman, host of the Democracy Now!, put it in an interview with Socialist Worker in 2002:

As Obama pitches his plans for Syria to the American people, ordinary people should listen to the media "experts" with a critical ear when they tell us that "we" need to listen to the president.